If you’re still in the fence deciding if you should go to Affiliate World Europe let me help you: YOU SHOULD GO.

Update: both winners (Paul and Anastasia) have been announced and confirmed for their tickets. Thanks for participating! See you in Berlin 🙂

The affiliate World Conferences is an affiliate event organized by the founders of the Stack That Money Forums and while they had been doing several events every year they decided to go pro and start a super big conference back in December called: Affiliate World Asia 2015. You can read my experience right here.

It seems like they’re organising 2 events per year, one in Europe for Summer (great choice because Winter sucks big time!) and another one during Winter in Asia, which depending on the country could be super cold or super hot like Bangkok.

Anyways, AWE will be held in Berlin next month and I’d like to thank their staff for giving me an opportunity to give away a couple gold pass tickets for you to come.

Here are the details:

Brought to you by STM (the #1 rated affiliate forum in the industry). This is the number one event of the year to meet and mingle with super affiliates earning 7-8 figures yearly profit. 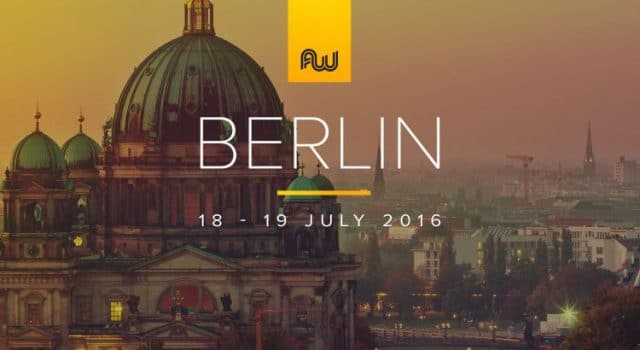 Berlin will be nice

Last year’s conferences were held in Bangkok, London, and I think one in China but this time they chose Berlin. Berlin is a very big city and Germany overall is a cool country to visit. Also, you won’t be freezing outside because it’s summer so you don’t need to pack twice as much clothes to stay warm.

If you’re a nerd like me you won’t be visiting all the bars and night clubs for 7 days in a row. I’ll leave that for the days of the conference and a few private parties.

Instead you’ll take a few days to visit some of the most amazing museums (the museum island is 5 minutes away from AlexanderPlatz) and a few other amazing buildings like the Brandenburg Gate and the Berlin Wall. 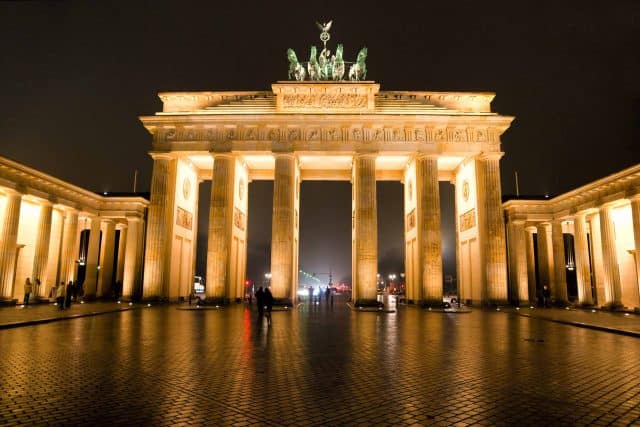 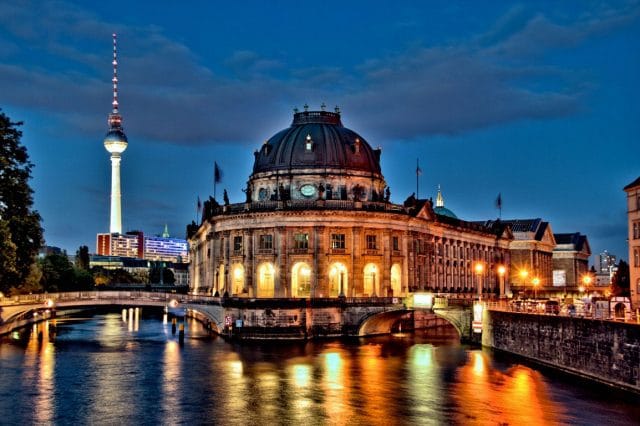 Last year’s speakers were quite decent. While many affiliates know you won’t hear about some black hat technique or trick while listening a presentation in front of 500 affiliates, you should still take notes because sometimes the bombs you can hear are quite focused on performance, businesses, efficiency and small tips to stay alive in this world.

Some affiliates such as Charles NGO, Alexander Tsatkin and Hugh Hancock are going to give some tips in the stage, but aside from that, a few keynote speakers are attending and you might have heard of them even if you’re not in the affiliate marketing industry as they are big guys in the digital marketing or marketing industry for a long time.

Some of the keynote speakers are:

Neil is the cofounder of four multimillion dollar software companies namely Crazy Egg , Hello Bar , Quick Sprout and KISSmetrics . In addition to that, he has helped companies like Amazon, NBC, General Motors, HewlettPackard and Viacom grow their revenues through digital marketing.

Drew, author of bestseller “CA$HVERTISING: How to Use More Than 100 Secrets of AdAgency Psychology to Make Big Money Selling Anything to Anyone”, began creating advertising at age 11 by writing and designing direct response catalogs of jokes, gags and novelties. Many years later, after extensive experience in face to face selling of everything from printing to clothing, jewelry to real estate, a degree in Advertising from Temple University started the ball rolling.

Drew created powerfully effective advertising for companies ranging from small retail shops to giant, multimillion dollar corporations. His work has been used by many of the most successful companies and organisations in the United States.

Ryan is a media strategist and advisor for bestselling authors Tim Ferriss, Tucker Max and Robert Greene. His work has been used as case studies by Twitter, YouTube and Google and has been written about in AdAge, the New York Times, Gawker and Fast Company. At the age of 21, he became the Director of Marketing at American Apparel.

In 2012, his first book entitled “Trust Me, I’m Lying: Confessions of a Media Manipulator” has debuted on the Wall Street Journal bestseller list and is taught in colleges around the world. Holiday’s second book, “Growth Hacker Marketing: A Primer on the Future of PR, Marketing, and Advertising”, uses companies such as Facebook, Airbnb, Dropbox, and Uber as examples and was named as one of Inc. Magazine’s top 10 marketing books of 2014.

Experts from Facebook, Google, Shopify and many more talks from the most experienced affiliates in our industry who are earning 7-8 figures a year (including Charles Ngo, Alexander Tsatkin, etc). 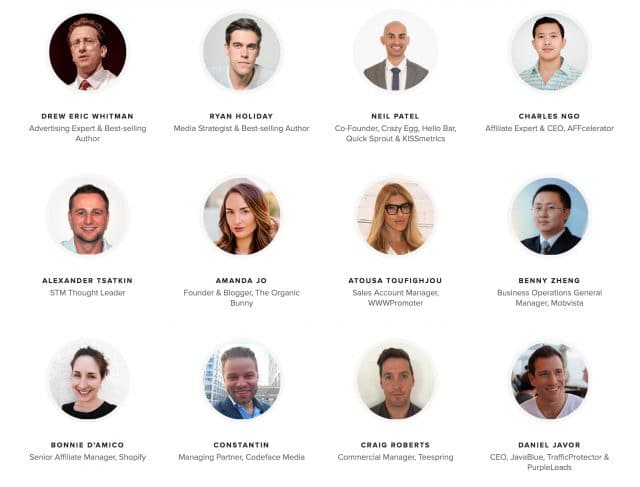 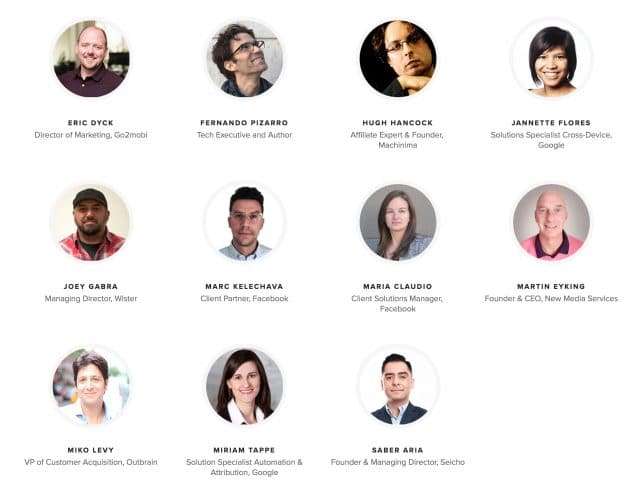 Of course we will have people from some companies such as Facebook, Google, Outbrain, Go2Mobi and Shopify giving their insights about the industry along with affiliates, so it’s not just an affiliate-to-affililate event. We will have some brands and networks to “network” with.

A big part of the show is the exhibition room where you’ll have access to many networks and advertisers to pair your campaigns.

Bitter Strawberry, Mobidea, Mobvista and WWWPromoter are the diamond sponsors of the event but you’ll have access to many other networks and reps too.

Here is a list of some of the networks and advertisers/tools that are attending Affiliate World Europe. If you don’t have enough traffic sources to spend 5 figures per day you’re definitely doing something wrong. 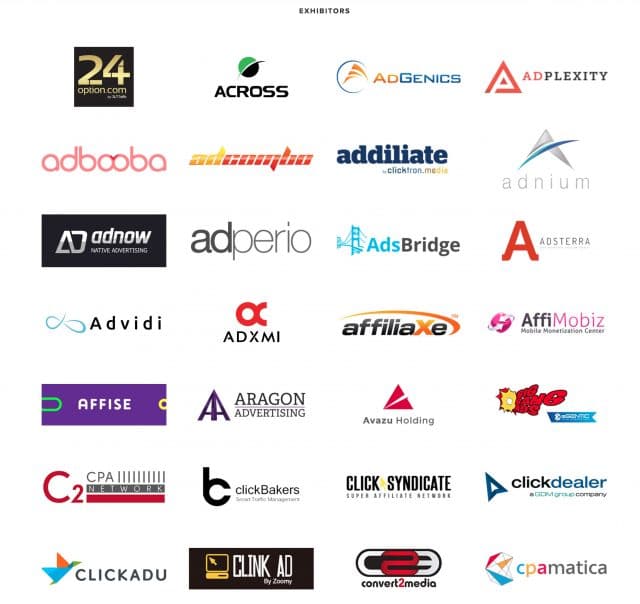 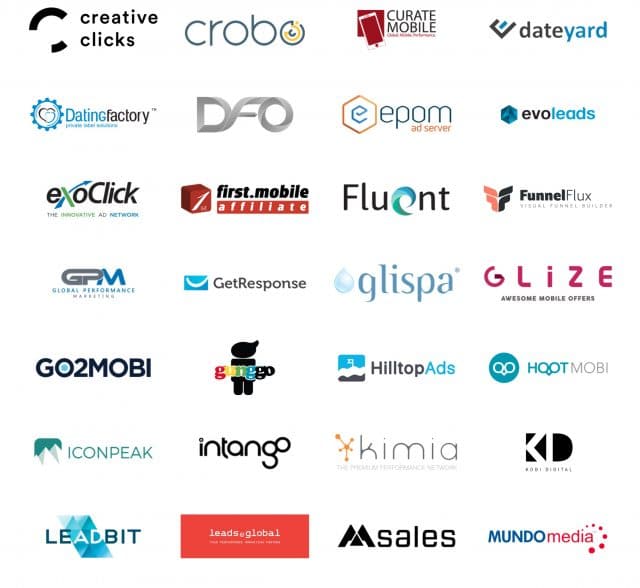 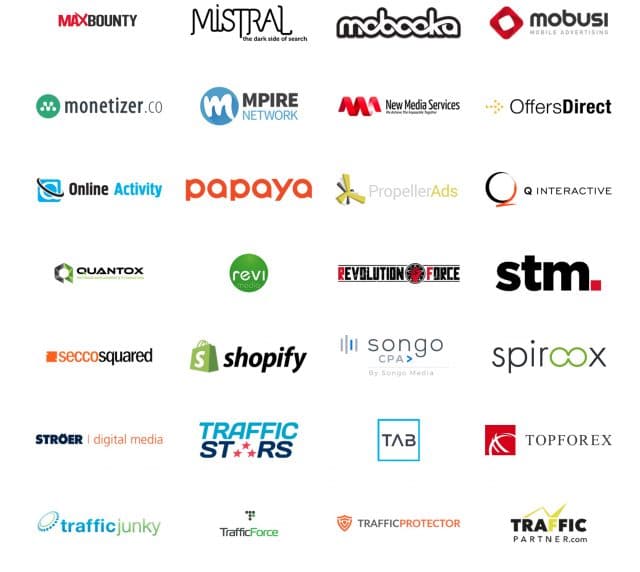 First time I went to a conference like this I didn’t know what to expect. When you’re new in this industry what you want to do is to get a real feel of what’s working and the potential in this industry before anything else. Events like Affiliate World Europe are great to kickstart your butt into taking action and also to make friends that are on the same level as you.

You DON’T need to be a supper affiliate to attend.

It doesn’t matter. I think last time we had at least 20-30% of the attendees being newbies and some of them came from doing SEO, being bloggers, etc.

Whatever you do, make sure you have a plan and meet as many people as you can to get a feel of the industry. If you’re earning 3+ figures per day you probably have an attack plan already.

Here are 3 tips to get the most out of your networking:

1 Make plans before and after the event

If you have some friends from a mastermind, arrange a meal with them. If your managers are attending, grab a drink with them. If you’re new in this industry, make sure you attend one or 2 meetings from people running the same traffic sources as you so you can make new friends and possibly a small mastermind group after the event.

2 Make sure you bring everything you can

OK, this looks obvious but never forget your laptop/phone if you’re going to exchange information in real time. You want to take action as soon as possible. If you learn a nice tip and you can test it the very same night while others party until death, good for you.

Don’t forget to bring proper clothes for the after parties (depends on the country and weather) and try to get a SIM with an unlocked phone so you’re communicated at all times. Phone chargers, dry clothes, metro/bus cards, etc are a must. BTE, Uber works in berlin so it’s a great way to move around without having to speak any german at all.

If you’re a newbie this tip will work wonders for you. Try to arrange an Airbnb and divide it between 3-4 people who are in a similar position. You’ll end up paying less, getting to know some new friends that could be very worthy after a few months/years and you’ll get to move around the city by Uber paying less. Also, you won’t arrive completely alone to the events and thus you won’t feel like a stranger there. Just make sure you don’t stay together the whole time while you miss other opportunities.

Many affiliates think that going to this kind of events means drinking until you throw up and then drink a bit more. While it’s true that people tend to talk openly after a couple beers (Germany is the perfect place to drink beer), make sure you don’t drink more than you should. Otherwise you’ll be late for conferences, parties and with a massive headache every day and you won’t be stable enough to share and gather info from other affiliates.

Also, it’s a good idea to drink a few beers with other friends but a better idea is to make a mastermind and work together a for a few days to learn from each other rather than just drinking and partying hard. 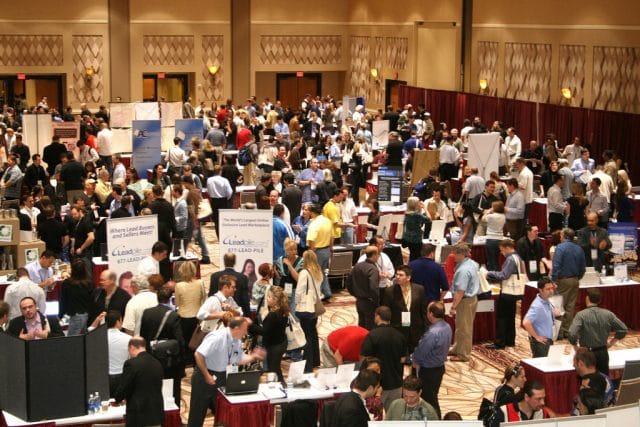 Again, I’d like to thank the Affiliate Conferences team for giving me the opportunity to give away a couple Golden tickets.

The tickets are priced at more than $900 right now (I think I bought mine at $600 each??) so if you’re new in the industry and you’ve got not enough money to spend but you still want to assist this is your opportunity. 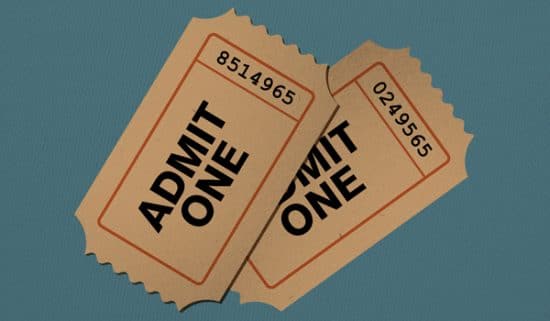 I’m randomly giving away both passes to a couple guys who can participate in a small dynamic for my blog. I’m publishing this on Friday June 24th and I’ll raffle the tickets next Wednesday (June 29th).

The conference is less than 1 month away so whoever is going needs to be sure they’re not going to miss the show and act fast (buy flight tickets, hotel reservation, etc).

If you’re in Europe it’s an easy decision as you can fly anywhere with $150-250 bucks and get a cheap ($50 per night) hotel to stay for 2-3 nights. The whole cost won’t be as expensive as the tickets for the event so it’s an easy decision if you’re still saving money to spend and learn on your campaigns.

If you live in Asia or America it will be more expensive but at least you’ll save $900 bucks from the gold pass tickets.

Anyways, here is the little dynamic so you can participate on this raffle:

You MUST BE sure that you can attend the event if you WIN. I don’t want to give away tickets so you can later bail because you weren’t interested enough or you never had the money to come. Again, if you’re in Europe it’s an easy/non expensive decision, but if not, at least make sure you have money for the airplane/hotel/airbnb and some money left to keep launching campaigns after you come back.

I’ll read your comments below and publish the winners next week.