This is just a small rant and a self reminder that angles can be everything on a campaign.

Launching campaigns on a daily basis is something I do. I know how the game works and I know most campaigns aren’t profitable but maybe with the right angle, offer and traffic source you can make it work.

Sometimes I get lazy and I know other affiliates do the same.

I just read a post at StackThatMoney which reminded me that every time I do that I’m leaving money in the table. In fact, I’m throwing away money with small budgets without testing the campaign properly.

Unless you’re testing a new campaign every other affiliate tried already and they couldn’t make it convert, the possibilities are that it CAN convert with the right angle. That’s why when we start, we choose the top offers in every network. Because if you’re a newbie you don’t have the budget to  test every single campaign and it’s better to start with something that we know it converts a lot (A.K.A. the top campaigns by volume).

If other affiliates are making 5 figures per day with that offer, it must convert somehow.

It could be your traffic source, but it’s probably your angle. So, how many angles do you test per campaign? 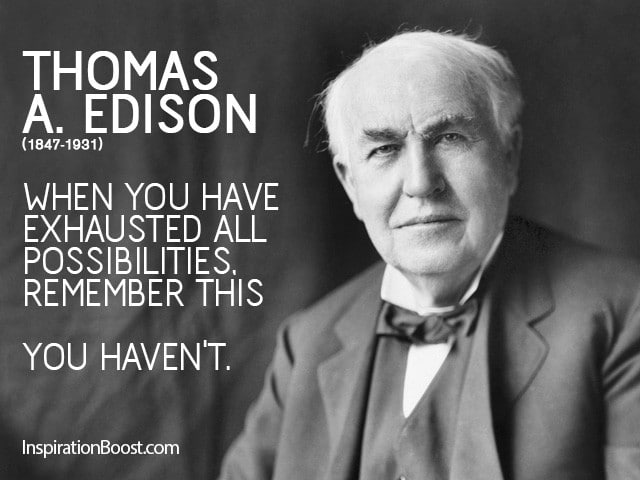 When you have exhausted all possibilities. Remember this: you haven’t.

If a campaign fails, or it has a few conversions but you’re far from profit, the best way to increase your ROI is by changing your angle because it will be almost impossible to go from -90% ROI to positive ROI just by tweaking your lander, showing parameters or blacklisting targets.

It could happen, of course. For example, if you’re running RON traffic and somehow a target has eaten 80% of your budget without conversions or clicks. Blacklist it and you could increase your ROI a lot.

But most of the times what you need is to change your angle and test something totally different. So, don’t be afraid to test some things that you’ve never seen before. Test things you wouldn’t imagine. Test by thinking out of the box.

For example, I’ve have this happened to me before:

I could probably get some extra ROI by having a payout bump and tweaking a few other things, but I could also test other 3 different angles and see something like this:

Now I could take my angles 2 and 3 and start optimizing them the same way I did in the first example (targets, OS, Browser, ISP, etc.) and get to the green faster and increase my ROI instead of fighting just to break even I could fight to get 50% ROI or more.

In fact, even if you have a profitable campaign, you should always split test because you never know when you’re going to find a new angle that explodes and adds an extra 100% ROI.

Note to myself: remember, always keep testing, even when you’re already profitable!