I can’t believe it’s been a whole year since Bangkok. 2016 was a very nice year for me as business kept growing and more important, it was very steady in the targets I wanted to achieve.

This year for me was a “tick”.

Intel, the biggest CPU manufacturer’s in the world has a way to work they call tick-tock. Each period is based on a 12 months update, which is quite common in the tech industry and the tick lasts one year and the tock lasts another year.

For them, the tick means they’re improving something they already have to make it faster and more stable. The tock in other hands means they’re changing everything to a new architecture and therefore the change is more aggressive although it’s more prone to having stability problems.

So for me this was a tick year, which means my focus was dominating something rather than learning something completely new and dive into new businesses.

2017 will be a tock as per my plans. And I expect to achieve them in a high percentage.

Anyways, back to the conference…

If you’re in the affiliate industry you might have heard of the Affiliate World Conferences. This conference is quite new, and they had their first show in December 2015. You can read about my experience here.

However this year they had 2 more events; one in Europe (Berlín) and another in Asia (Bangkok again). I made a small ticket raffle for Berlín but was very busy to do another one for Bangkok. Sorry about that.

So here goes my experience:

I arrived 2 weeks earlier to Bangkok. Last time my girlfriend and I enjoyed a lot our stay and we wanted to be away of the cold winter (not super cold in Mexico, but still a bit cold) so we took a 3 weeks vacation overall before Christmas.

Something I recommend when traveling this far is to arrive 2-3 days before the conference because I’ve seen some dudes arriving just the night before or even the same date and they look tired as hell. Jet lag + being tired doesn’t help at the conference as you want to be and look fresh with your friends, managers, etc.

Anyways, one thing I did was walking around A LOT. This is an old tradition I’ve been doing every time I travel and I love it. I walk between 10 to 20 km every day. That’s something I can’t do at home for several reasons and after 3 weeks of course I walked like 200 km total. My best record was 23 km in one day. How much do you walk? 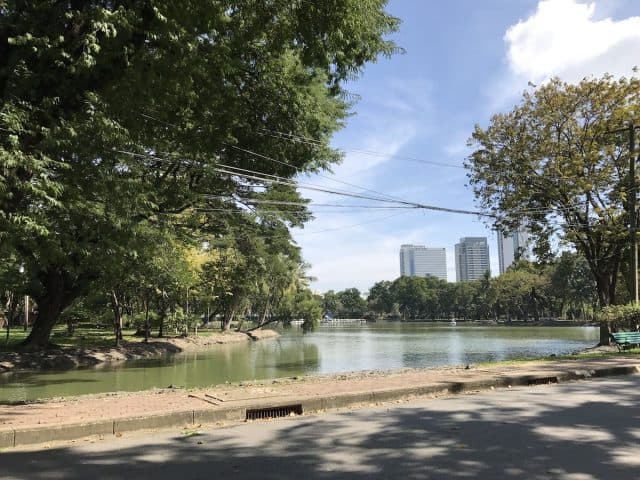 Lumphini was a nice place to visit because in the afternoons there’s a lot of people walking, running, dancing and even catching Pokemons in the park. I love that vibe. However, I went to other places and parks too, including markets, Chatukchak park and the huge malls around Siam area.

After a few days I decided to give the beaches a try in Thailand and we went to Krabi for 5 days. If you already know me you’ll remember I’m not a beach + party guy. I prefer huge cities with smog and traffic. That’s my Mexican side talking to you.

However since I’ve seen some pretty nice pictures we decided to go to Krabi (thanks for the recommendations, Erik) and we stayed in a small hotel/villa with some pretty damn nice views overall. Can’t complain. This was the view from our room. 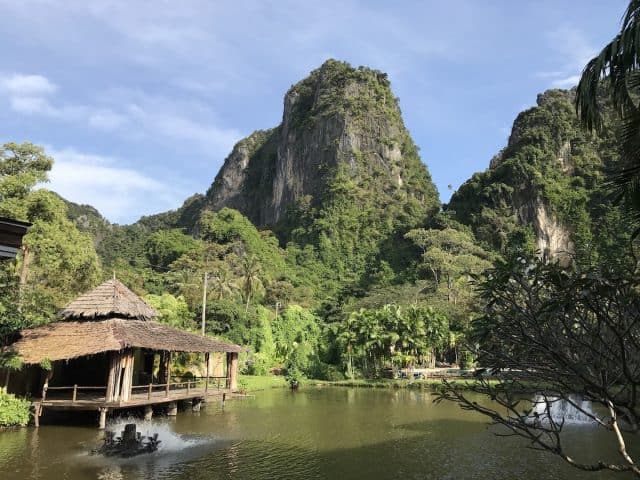 And of course we went to visit some Islands and do some scuba diving. The color of the water and the fauna/flora diversity was something I appreciate. I’d recommend going there if it’s your first time in Thailand. 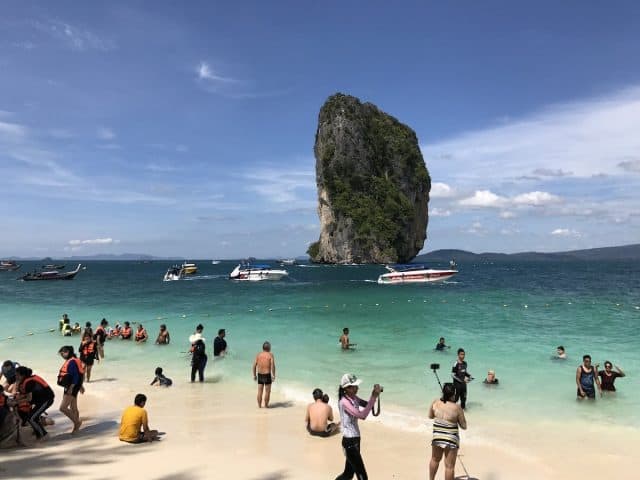 There was a really nice beach 5 minutes walking from our hotel. The main difference I see between Thailand’s beaches and other beaches in America or Europe besides the weather is that you’ll find a lot of trees and huge rocks/mountains and it looks like a paradise because of this. 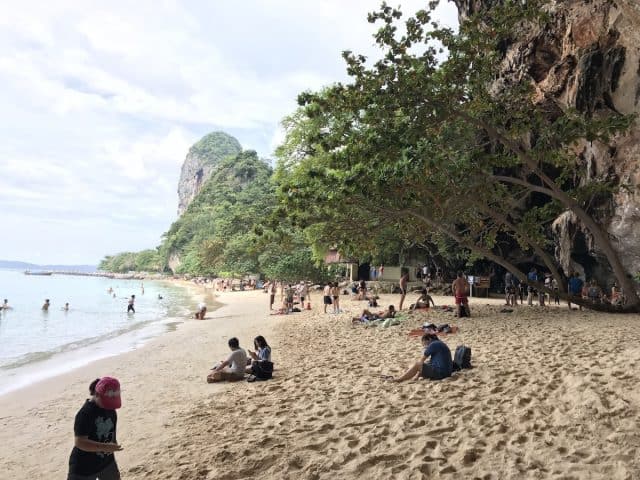 After 5 large days (thanks TRUE Mobile for your wide coverage even in an island in the middle of the ocean) we went back to Bangkok for the conference. For me, 5 days in the beach was more than enough. The food and the view were great, but after 5 days I’m already dying to get back to the city and civilization…

I had a few meetings already scheduled for those days and I”m not a party guy, so I skipped most of them but ended up in the Mpire’s+Charles NGO+WWWPromoter party and before that I also went to the Affcelerator graduates party.

Charles was celebrating his birthday there and they had nice food (albeit music too loud to talk). 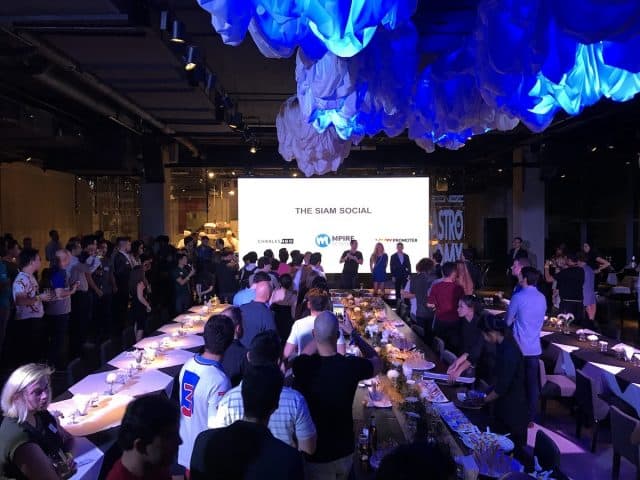 The Affcelerator party is something I actually try to attend because I can see some friends I’ve been talking to for the past couple years and that one is more private and the music isn’t as loud. You can speak business and be more relaxed and I think this time we had a better place than last year (props to Ahn and Charles for organizing it). 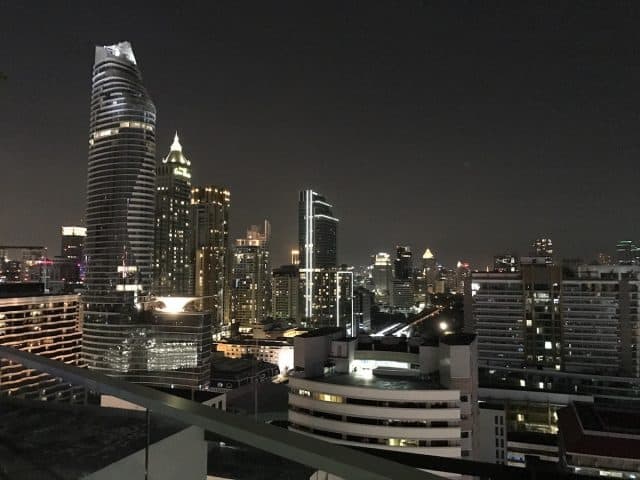 The day after I decided to attend the meet market and organize several meetings around the area. I was happy to see the AWC guys took most of the feedback from the last conferences to improve the space and have the meet market during the full event and focus a bit less in the speeches instead. 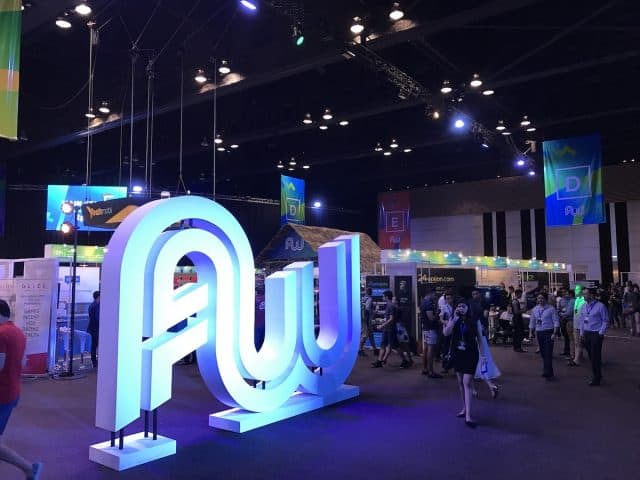 From one meeting to another the first day I was only able to watch a couple speeches. Neil Patel’s was one of my favorites and I wanted to go because last time in Berlin I had a meeting at the same time was was giving his talk.

Neil explained the system he uses to launch info products (can be totally white hat) and make 6-7 figures per month with it. Along that he mentioned a couple tools that will be very useful in my arsenal for the near future. 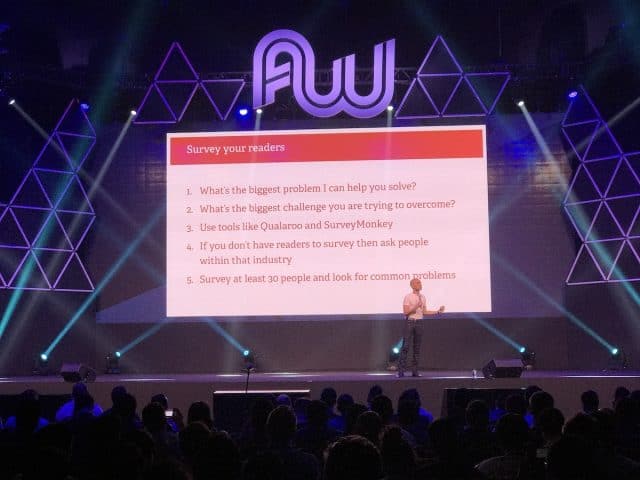 After that Mobidea and Avazu hosted a networking drinks night where I was able to talk to some friends and have a long chat with a couple of my old managers from the Chinese networks.

Another very nice thing was that I was able to meet up with 3 old friends I have never seen before and we all got to know each other because we were doing SEO 2-3 years ago. This was a small private mastermind I arranged back in 2013 which is still alive nowadays and we had 12-15 people sharing knowledge and asking questions. It’s even more interesting to see that only 4 of use were able to attend this meeting and all of us are using paid traffic as our main source now.

SEO isn’t dead, but we have all managed to achieve more volume with paid traffic in less time. 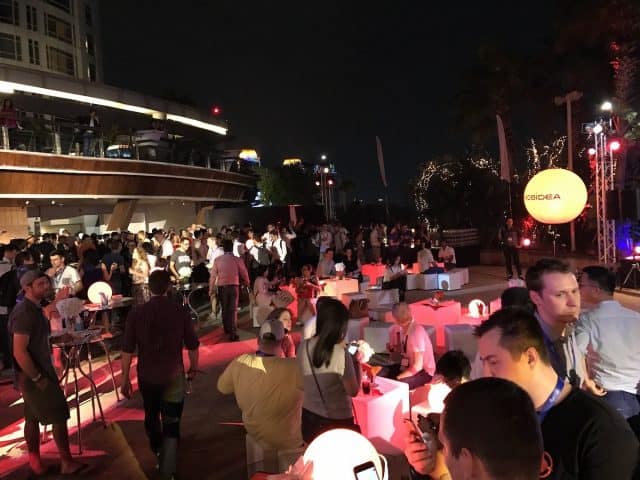 The next day I just had 3 meetings arranged and after that I went to a few speeches.

Matthew is a very famous SEO blogger known in that space, and it was interesting to hear his thoughts even though this conference is a bit more focused on paid traffic.

Another really weird thing is that you hear both sides of the story in the speeches. There’s some people doing white hat stuff and earning decent commissions and all they care about is delivering great products, content and giving value, while other marketers are just aggressive and care about sales first. The same thing happens with SEO in the white hat vs. black hat war.

A good marketer knows both sides of the coin though. 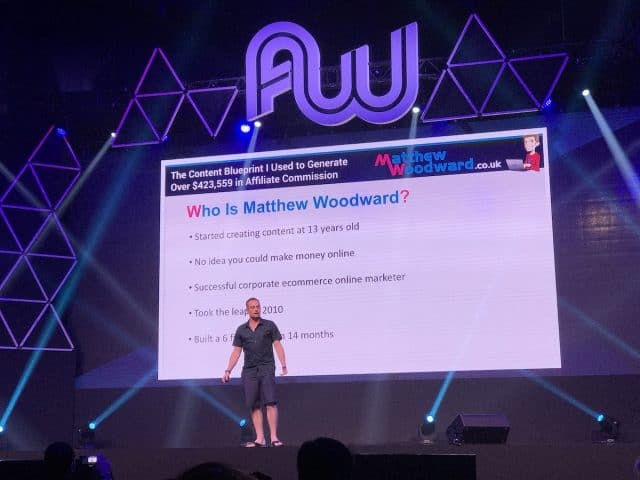 Another speech which had some interesting knowledge bombs was by Mirella from Adsimilis.

For a lot of people the whole UI thing might be obvious but she did mention a few key points that only make sense when you’ve been running campaigns for a while and you’ve learned to deal with advertisers and the quality of your leads to the offers. 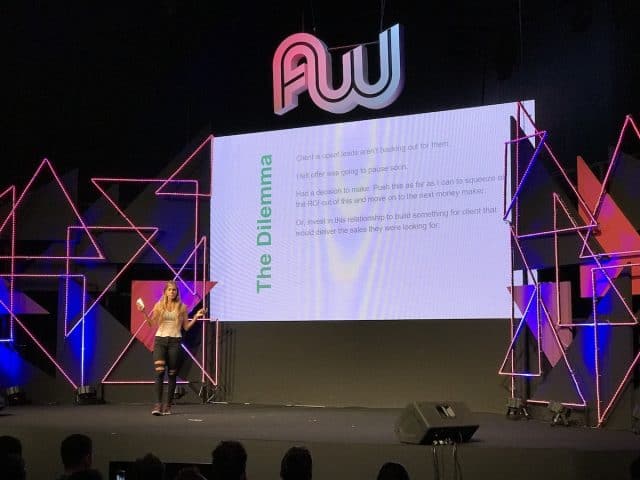 Finally, the “How to make $50,000 per day panel” served as inspiration and had some interesting tips to consider if you want to go to the next level in this business. 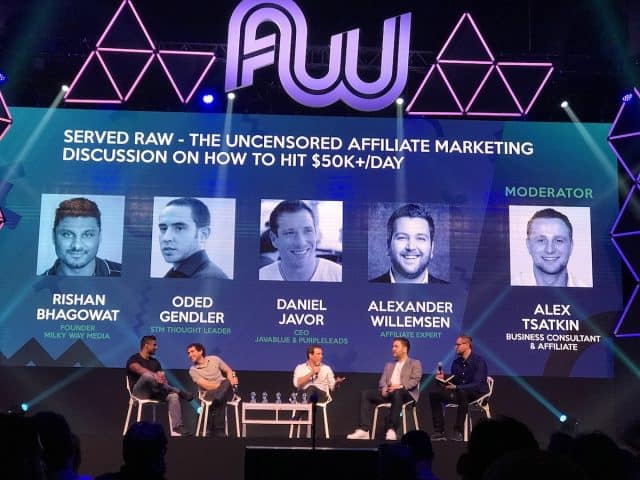 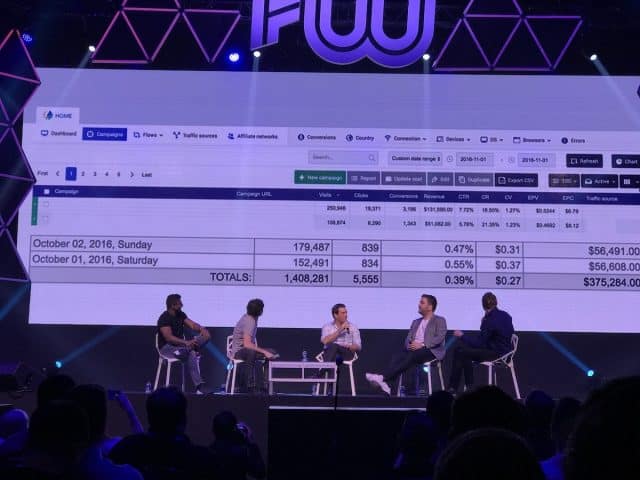 There was another networking drinks area after the second day with delicious food but after an hour I took a taxi to attend Clickdealer’s party.

I want to give a thumbs up to Clickdealer because every year they host some nice parties BUT this time they actually kept it private. If you had no invitation you couldn’t get in and while this means they’ll have 100 affiliates instead of 400, it was very nicely organized. From dance shows, to magicians to a girl with a snake in her shoulders the party was nice. 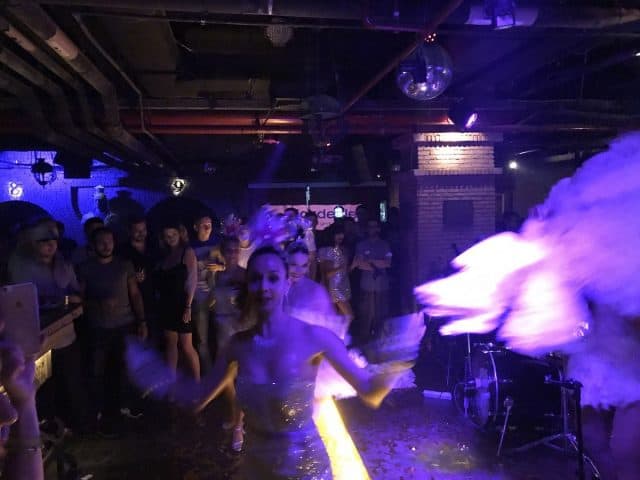 Even the music was decent and not super loud in this party. Hope to see more like this in the future. 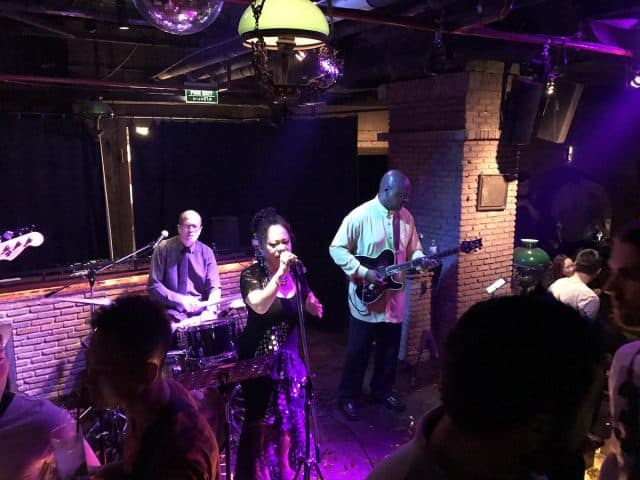 Another thing I normally recommend is to stay at least 1 day after the event to network or organize more meetings if possible. Some people fly right after the party but I’d definitely stay a couple days to catch up and network, or just travel around. 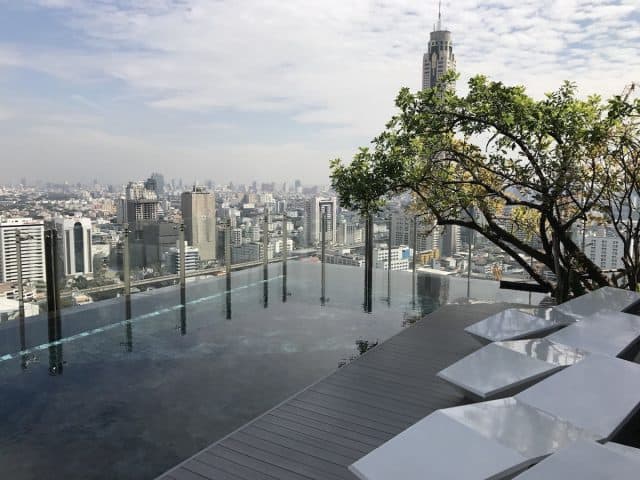 The picture above was my AirBNB with a nice pool at the 37th floor. However if you’re grabbing an AirBNB I’d check twice because nowadays it seems like a lot of condos don’t want them and they’re fighting to block AirBNBs in common areas.

First time I noticed this was back in Berlin. I paid for a hotel but some friends told me they had some problems in their AirbNB because the people at the reception and the neighbours said it wasn’t legal.

After that in New York’s ASE my AirBNB host asked me not to mention anything about AirBNB. But in Thailand there were huge signs at the entrance of each condo saying AirBNB wasn’t legal and they would call the police.

While the last isn’t completely true, I’d consider checking out other options or asking your host if it’s OK for the neighbours to rent and AirBNB (especially huge condos with receptionists and guards) before paying for it.

In Bangkok it’s a very gray area but a year ago I didn’t hear about any problems like this time.

The rest of the days we just decided to chill and enjoy the city before coming back to Mexico. however if you’re interested in visiting some tourist places I recommend going to the King’s palace, which is like 20 minutes away from the venue: 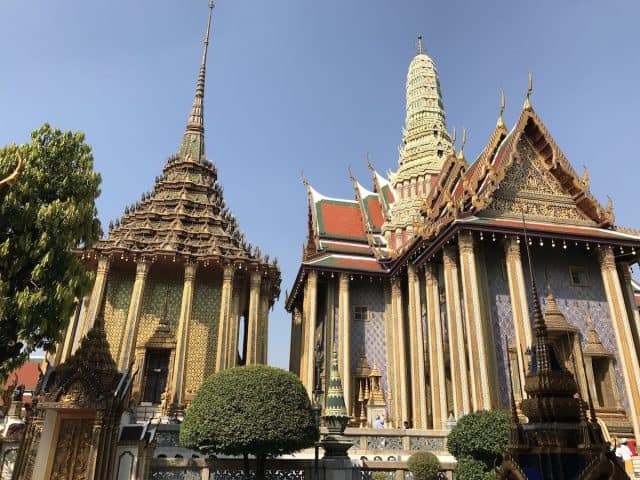 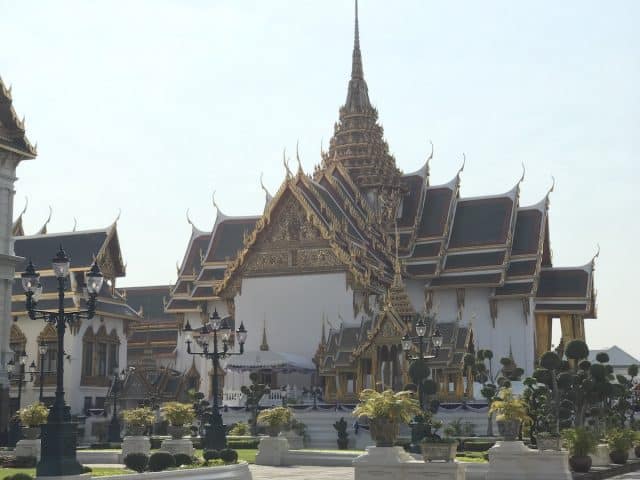 Another place I recommend visiting is Ayutthaya. It’s the old capital of Thailand and it’s a bit far away. We took a taxi that drove us and gave us the whole tour for 5 hours for a thousand Bahts. I think it was worth it considering the other options are taking a public mini van or a train that goes slow as hell. 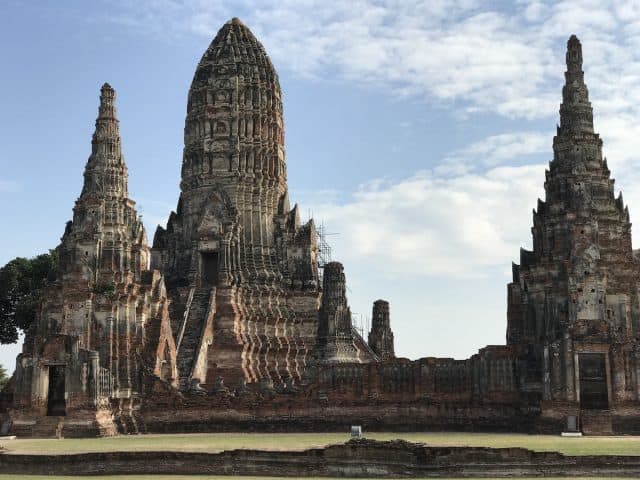 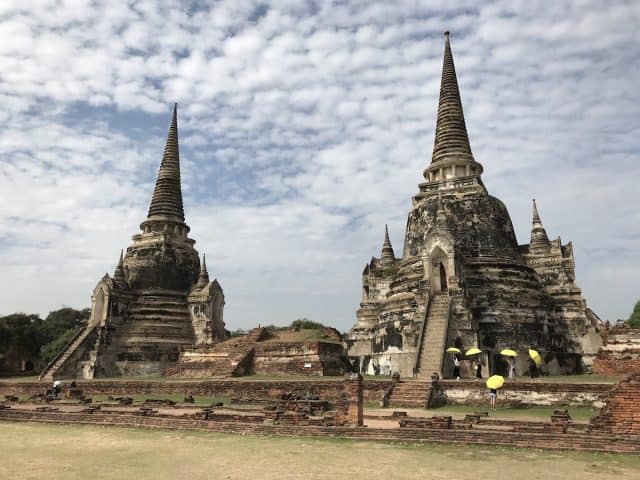 So that was my experience at Affiliate World Asia this year.

I want to give a quick thanks to the organizers because every 6 months they prepare a better conference and they’re learning fast from their mistakes.

Also, thanks to every network manager/rep who was there to grab a drink and speak business with me. And finally but not less important, to all my friends who shared some time grabbing lunch, grabbing drinks or just sharing experiences with me. Every year I go I just feels better and better.